Join us at the Floyd Country Store on Saturday, April 23, 2022 at 7:30pm for a special event and fundraiser for the Handmade Music School’s Music of Our Mountains Project, featuring Martha Spencer, Jackson Cunningham, Trevor Mckenzie, Wayne Martin, Kinney Rorrer, Mac Traynham & Andy Buckman, Corbin Hayslett And Hunter Holmes. This is a free event with donation accepted to support the project. 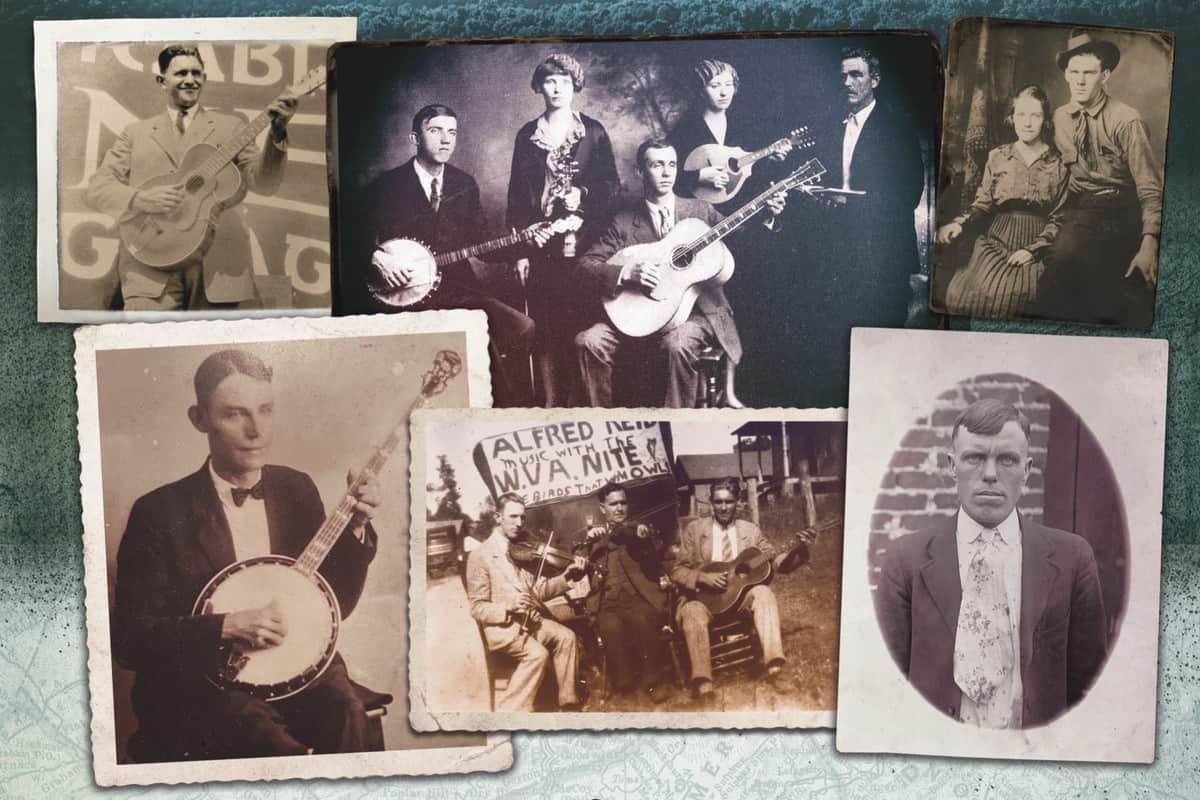 In 2020, Handmade Music School received a small grant from the Virginia Humanities to create a digital archive and story map to explore and celebrate the journey of the people, places, tunes and roots of music in the Blue Ridge Plateau. Though the pandemic created challenges the HMS team is ready to launch the first chapters of the Music of our Mountains project. We have asked an incredible line up of scholars and musicians to help us present the project as Handmade Music School seeks additional funding to take the project to the next level. Enjoy music and stories from Kinney Rorrer, Wayne Martin, Jackson Cunningham, Trevor McKenzie, Martha Spencer, Corbin Hayslett, Mac Traynham, Andy Buckman and Hunter Holmes.

The Story Behind the Music of Our Mountains

Since the early 1900s, the site of the Floyd Country Store has been a hub for people. Originally called Farmer’s Supply, it was a place where farmers, craftsmen, laborers and travelers all converged to trade wares and discuss the topics of the day. When the workday was done, these people of all ages and backgrounds would converge here to dance, and share the music and lore traditional to the mountainous area known today as the Blue Ridge Plateau.

The music of this time and place — Mountain Music — was prolific in its development. Traditional English, Scots-Irish, German, French, Spanish, African and Indigenous cultures coalesced to invariably trade ideas and culture, producing a music that itself made no delineations between origin, race or gender, absorbing anything in its path. It grew in abundance, creating a richly mixed heritage that is still respected and admired today, in part due to its role in establishing the foundations of earliest recorded Country music. This notion is best encapsulated by Kinney Rorer, who describes this particular region of Southwestern Virginia as “a fertile crescent” for old-time music – one of a number of areas in North America that served as a hub for musical and cultural exchange.

Today, the primary definition of Appalachia centers around the mountains of the American Southeast — The Smokies, the Blue Ridge and the Alleghenies. But the broader story of Appalachia is much greater than that. It’s a vast story of people, cultural persecution and upheaval; It’s a story of geography, a great migration and industrial exploitation; and it’s a story whose reach stretches from Louisiana and the Ozarks all the way to the mountains of New England and beyond to Québec, Nova Scotia and Newfoundland, the northernmost point of old world emigration to the Americas. Many of these areas have been just as prolific in a cultural sense, melding similarly different influences in the soup of the New World to create their own unique dialectic brands of this early American folk music.

Why then did this part of the Plateau — among the counties of Floyd, Franklin, Patrick, Carroll and Grayson (if it is plausible to make such delineations based on county lines alone) — serve as a pool from which so much music was consumed to establish the earliest notions of the sound of American country music? In one sense, the answer is quite simple: This region was at the center of it all — a geographical crossroads and a gateway for the great movement of peoples in search of a better life; the growth of vast industries exploiting human and natural resources; the times of temperance and prohibition; and the proliferation of new technologies that would impact the lives of even those in the most isolated mountain enclaves.

In the first chapter of Music of our Mountains, we explore key figures from the region and the story of how they were pivotal in sharing their sound with the world — igniting a revolution in the burgeoning recording industry: Henry Whitter (born in Grayson County), the first-ever recorded country singer, boldly journeyed to New York, unannounced, seeking reprieve from the hardships of mill life in hopes of recording with General Phonograph Corporation; Ernest Stoneman (born in Carroll County), a musician who was pivotal in scouting other recording artists for burgeoning record companies like Okeh and Gennett, ultimately served as an important ally to the pioneering record producer Ralph Peer, whose recordings at the Bristol Sessions for the Victor label shed light on acts such as the Carter Family and Jimmy Rodgers. The purely musical contributions of southwestern Virginia are as equally undeniable: Fiddler Posey Rorer (born in Franklin County) became the most widely-heard fiddler in early recorded history while recording alongside Charlie Poole and countless others – having been recorded on over 100 “sides” and sold on almost half a million copies in the 1920’s; and Blind Alfred Reed (born in Floyd County), whose first recordings stem back to Bristol, continues to make ripples in popular culture today, being covered by artists ranging from UB-40 to Taj Mahal to Bruce Springsteen.

How did five counties in rural, southwestern Virginia generate such a prolific bed of both talent and industrious zeal, and what were the factors that have allowed this music to continue to flourish today? What was mountain life like leading up to the great depression, and why did this music in particular play such an important role in defining the sound of country music?

Join us for an exploration of the Music of Our Mountains, as we survey the stories of people, places, tunes and roots that have informed this region’s heritage. The first phase of this living-document style chronicle will focus expressly on the counties surrounding Floyd, VA (Floyd, Franklin, Patrick, Carroll and Grayson) prior to the great depression – setting the stage for a further journey.

While this project continues to grow, we invite you to share your stories with us. Compelling regional knowledge and lore, photographs, recordings and video will allow us to continue this journey into future phases of development as we explore the region’s continued development through the 1960’s era folk revival to the compelling music being created today. Thank you for taking this journey as we seek to highlight the voices of scholars alongside the lived experiences within the community.

The Music of Our Mountains project is made possible by the generous support of private donors as well as the Virginia Humanities.​