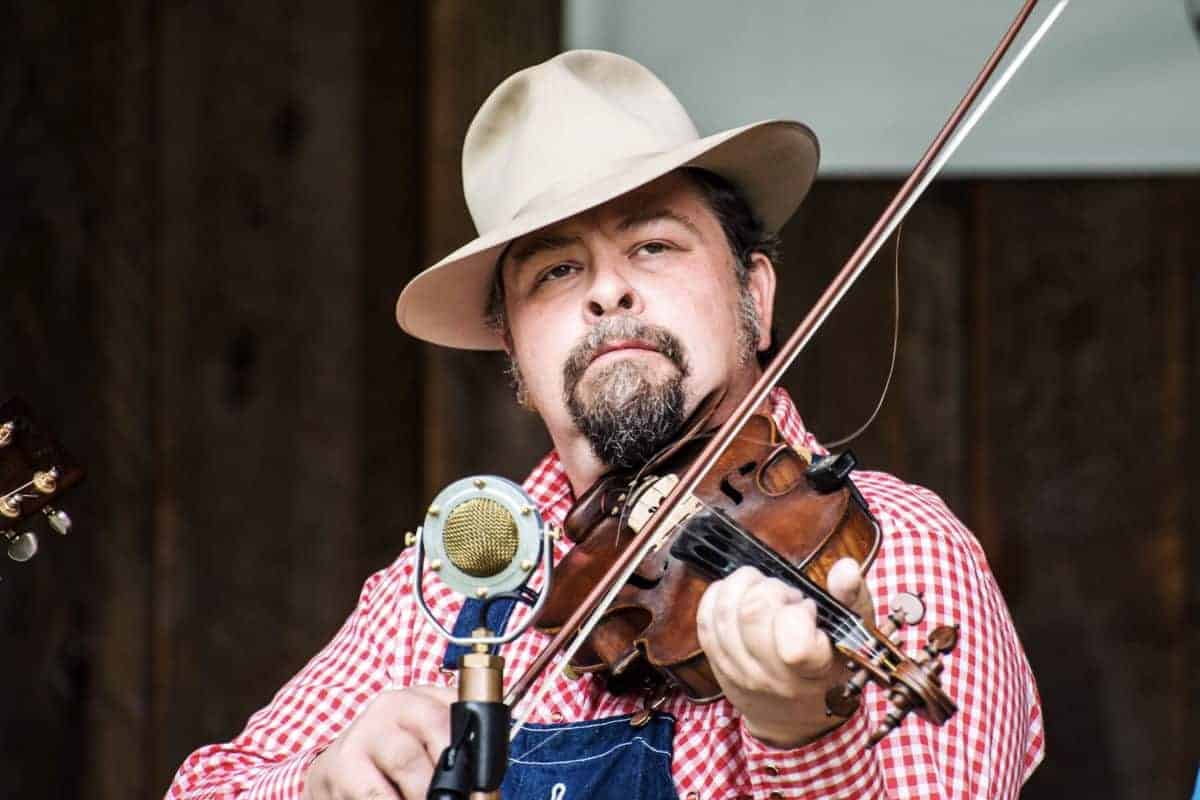 This intermediate workshop will teach participants to use multiple fiddle styles to create their own versions of tunes, while staying within the framework of traditional music. Billy will point out examples of fiddlers that have used the same techniques on old records.

Born and raised in Boone’s Mill, Virginia, where he still makes his home, Billy Hurt began playing fiddle in the late 1970s. His Father was good friends with fiddle legend Clark Kessinger who was a major influence on Billy’s style and approach to fiddling. Absorbing what he heard from his fiddling hero, Billy grew up with a love and appreciation for Old-time fiddling, Classic Country and Bluegrass music.

A Bluegrass Unlimited review of Billy’s latest album has this to say: “Fiddlin’ Billy Hurt is a dynamo, with a power and passion that is instantly infectious. Those who love older fiddle styles, or would like to better understand them, should order this album today. Or anyone who just loves great fiddle music!”