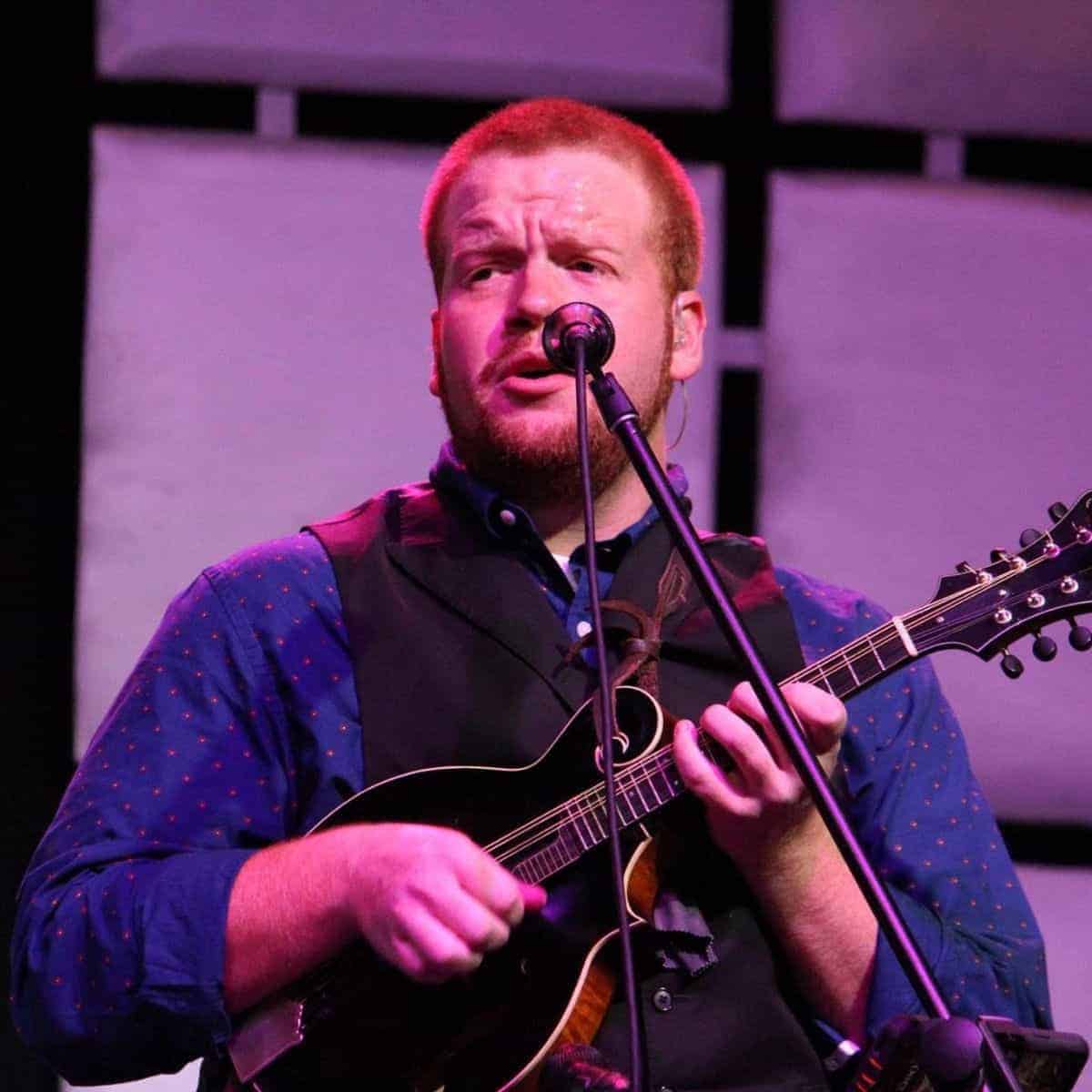 The Handmade Music School presents an intermediate bluegrass mandolin workshop with Jesse Smathers on Sunday, August 11, 2019 from 2:00-3:30 pm. Cost is $30.

This Beginner/Intermediate workshop will break down components of driving Bluegrass mandolin. Focusing on developing listening skills, we will cover the basics of the rhythm chop, chord structures and substitutions, and lead playing including embellishment on breaks based around the melody. The skills covered in this workshop will prove relevant in any traditional or modern Bluegrass context.

Currently performing on mandolin and singing lead and tenor vocals with the Lonesome River Band, Jesse Smathers is an accomplished mandolinist, guitarist, and singer from Eden, North Carolina.

Heavily influenced by the music that runs in his family, Jesse has found inspiration and takes pride in his musical family lineage. His grandfather, Harold Smathers, and grand uncle, Luke Smathers, recorded for June Appal and were awarded the North Carolina Folk Heritage Award in 1993 for their contributions to North Carolina Folk Music with the Luke Smathers String Band. In 2009, Jesse won the guitar championship of the Virginia Folk Music Association. He also has won at the Charlie Poole Festival and placed 3rd in guitar at The Old Time Fiddlers Convention in Galax. Jesse began his career as a touring musician with the James King Band in 2010, playing mandolin and singing tenor and high baritone, and later rejoined the band performing guitar and vocals. In 2013, High Voltage, featuring Jesse as guitarist and lead vocalist, won first place in the bluegrass band category at the Galax Old Time Fiddlerʼs Convention. In 2014, Jesse joined Nothinʼ Fancy. The same year, he was also inducted in Phi Mu Alpha, a music fraternity, as a Sinfonian, joining such greats as John Phillip Sousa, Count Bassie, Duke Ellington, and Andy Griffith. In 2015, the Lonesome River Band welcomed him to the group as a mandolin player, lead and tenor vocalist and in 2017, Jesse won the IBMA Momentum Award for Vocalist of the year. He now resides in Floyd, Virginia.