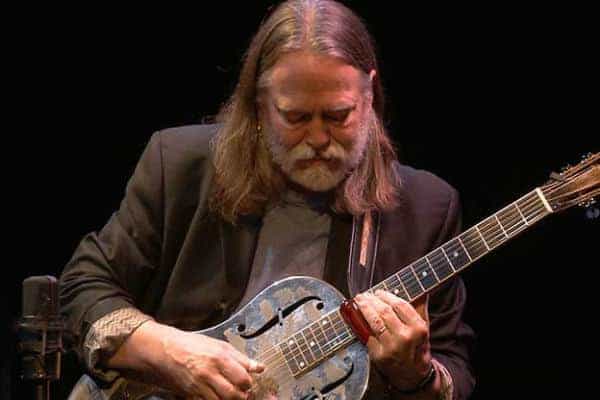 The Handmade Music School is excited to present two great workshops with fingerpicking and slide guitar virtuoso Scott Ainslie on Saturday, November 30th, 2019. Both workshops will take place at Hotel Floyd. Prices are $30 per workshop, or $50 for both workshops. Workshop attendees will also receive $5 off a ticket to Scott’s evening concert at Hotel Floyd. For more information or to purchase tickets to the evening concert, visit cattailmusic.com.

The Music of Mississippi John Hurt

Even before John Hurt was re-discovered in 1963 at the age of 71, his 1927 and 1928 recordings had influenced a small coterie of guitar aficionados. Hurt’s re-introduction to a wide audience at the height of the folk music revival allowed him to play a pivotal role in establishing fundamental fingerpicking techniques that left their mark on the music of everyone from Doc Watson to Beck, Bob Dylan to Bruce Cockburn, Jerry Garcia, John Sebastian, and many others.

In this workshop we’ll explore Hurt’s repertoire while focusing on his right and left hand techniques with a special eye to establishing the right/picking hand muscle patterns necessary to maintain a steady alternating bass while developing syncopated independence on the high strings to play melodies. When we’re done, you’ll understand what Hurt did, how to begin to train your hands to do it, and have a great appreciation for a player who influenced country blues and folk guitarists of all sorts.

Slide Technique and Repertoire in Standard and Open Tunings

If you have ever wanted to play slide guitar, this is the workshop for you.  I’ve been teaching slide guitar for more than twenty-five years. About four years ago, on impulse, I reversed the order in which I teach the core skill sets. In subsequent classes, I had large groups of people successfully making musical sounds with their slides in one class period – sounds that I had failed previously to solicit after an entire week of classes.