Cross-Picking on Guitar with David McLaughlin 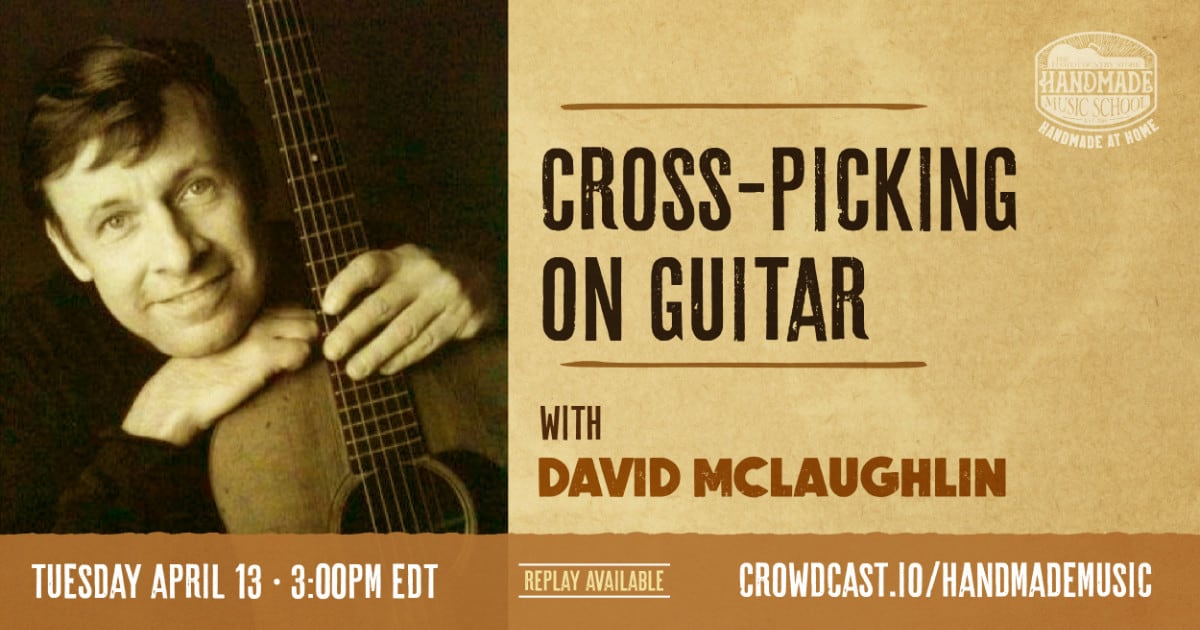 Cross-Picking on Guitar with David McLaughlin

The Handmade Music School presents Cross-Picking on Guitar with David McLaughlin on Tuesday, April 13, 2021 at 3:00 EDT. The workshop will be presented via Crowdcast as part of our Handmade at Home online series. Cost is $1 to $100 (suggested donation of $15).

David will share his knowledge and provide advice on developing an effective cross-picking style on the guitar. A variety of approaches will be examined and topics to be discussed include pick direction, rhythmic patterns, timing, tone, and speed. This workshop will provide the tools for participants to develop their own cross-picking leads.

David McLaughlin is perhaps best known for his signature playing and harmony singing with the Johnson Mountain Boys, appearing on eight of their albums on Rounder Records and garnering two Grammy nominations. The band’s live album won the first International Bluegrass Music Association (IBMA) Album of the Year award. David played lead guitar and sang brother duet-style harmonies with Josh Crowe on an album called “Going Back” that they recorded together for Rounder. Numerous session credits include his work with Appalachian singer and National Heritage Fellowship winner Hazel Dickens. David and the rest of the Johnson Mountain Boys were announced as 2020 inductees into the International Bluegrass Music Hall of Fame.